How Often Should You Shower According to Experts

Another discussion that is worth revealing is about old age hygiene habits of taking a shower that people practice. How often should you shower?

There are people who just love the daily shower more than once and there are also people that shower only if needed.

There’s no doubt that taking a bath is a healthy habit. Some people shower at least once a day particularly in the morning or before going to bed.

Depending on the level of your activities you might be giving your body a good round of shower more than once but then again doing it often may not be good for you.

There are no general rules on how often you shower but it may not have to be as often as you think.

The only real reason why we shower is to get rid of sweat, dead skin cells, dirt and debris, body odor and prevent skin infections.

Taking a daily shower may not be for everybody and doesn’t have to be part of your daily routine.

On the other hand, not taking enough showers will also be not good for your health.

So where do you draw the line on whether to shower or not shower?

Here’s some digging on what you need to know about why it’s not good to shower often as well as not showering enough.

To Shower or Not to Shower? 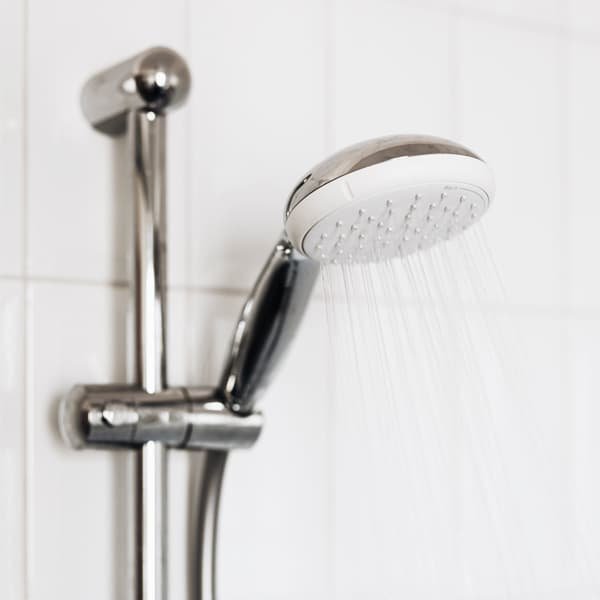 Even celebrities have taken this debate over social media and since then they are sharing their own personal hygiene and bathing routines.

Well, showbiz celebrities got their own good reasons as to why to shower or not.

Everyone’s skin is different and showering, in the end, is a personal preference.

What Happens if You Shower Too Much? 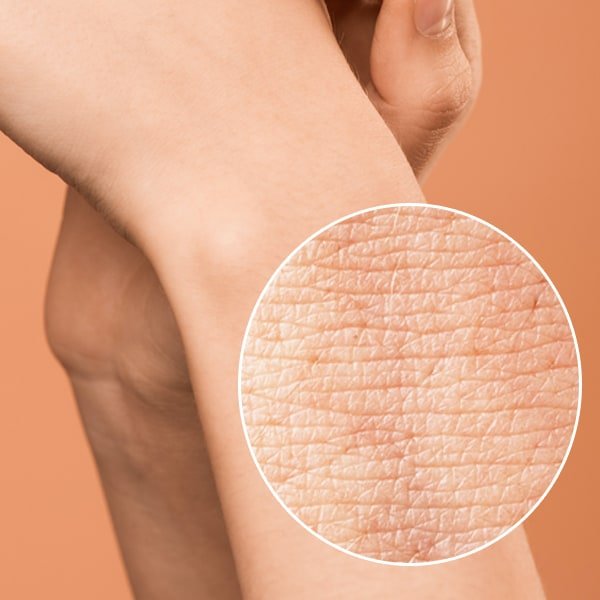 Our skin has a protective layer of natural oils and a balanced of good bacteria that shield us from skin infections and germs.

When these protective mechanisms are completely compromised, symptoms of skin dryness and irritation may occur as a result of taking long showers and cleaning too much with hash soap and frequent scrubbing.

A lack of these protective layers will also cause cracks in our skin allowing microorganisms and allergens to get through resulting in itchiness and other skin conditions.

Likewise, your skin microbiome which is the ecosystem on your skin’s surface also awakens your immune system.

If you scrub away the good bacteria on your daily shower, your skin loses its natural balance and won’t have a chance to produce antibodies to protect itself from bad bacteria leaving you with sensitive skin and other skin conditions.

Using an antibacterial soap on your daily showers can contribute also to this imbalance as this soap doesn’t differentiate between good and bad bacteria.

It just simply kills off the natural bacterial protection on the skin against more infectious germs that are harder to treat. You can use gentle cleansers instead to alleviate inflammatory skin conditions.

If you ever find your skin becoming susceptible to bacterial or fungal infections as a result of daily showers, we recommend a gentle cleanser like that restores pH balance on your skin and does not have harsh chemicals that suit both men and women.

What Happens if You Don’t Shower Enough? 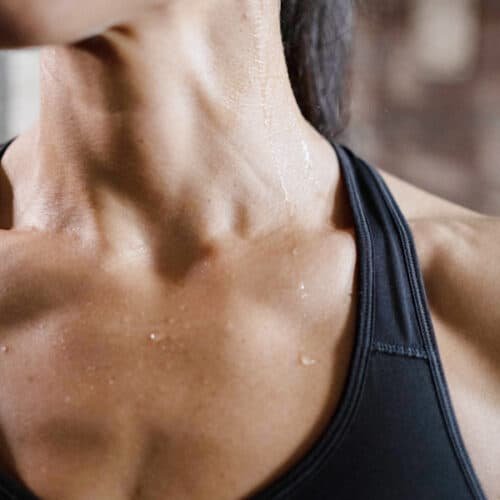 If you can shower much, you can also shower less. Although taking a shower every other day or lesser may be good for you, you should still keep personal hygiene a priority.

One of the problems of not bathing enough that you have to deal with is body odor.

Sweat glands covered much of our body which develops in areas abundant in hair follicles such as armpits, scalp, and groin.

Our sweat glands release a milky fluid when we are stressed. These fluids are odorless until it comes in contact with bacteria that are normally on your skin when you do heavy activities or exposure to heat.

Giving yourself a few showers from time to time will not trigger body odor especially if you are not physically active and expose to too much sun.

However, the longer you go without a shower can result in poor hygiene that may cause health and skin issues such as a build-up of dead skin cells, dirt, and sweat on your skin.

Infrequent showers will also bring about the build-up of oils that may add up to clogging of pores on your skin that can cause other skin problems like acne, dandruff and may possibly worsen skin conditions such as dermatitis, eczema, and psoriasis.

How Often Should You Shower? 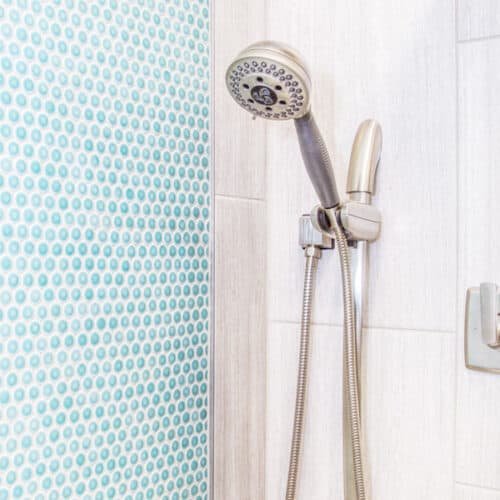 There are no correct numbers as to how many times you should shower.

It all depends on your lifestyle, the skin type you have, and the changing season that all have an effect on how much and how long should you shower because every skin is different.

Someone who works under the sun or spends a lot of time outside gardening, biking, running, or working out may need to bathe more than once as compared to those that work indoors and has limited activity.

Your skin type is another factor to consider. If you have dry skin or sensitive skin it will be good to take showers to a minimum while if you have oily skin it is best to shower often.

Likewise, a change in season can change your skin condition. For instance, the winter season can make the skin drier and daily showers can bring about extreme dryness. While a shower daily in the summer season will be a good idea to get rid of sweat, dirt, and body odor on the entire body.

Here are some home remedies for healthy skin.

How Long Should You Shower? 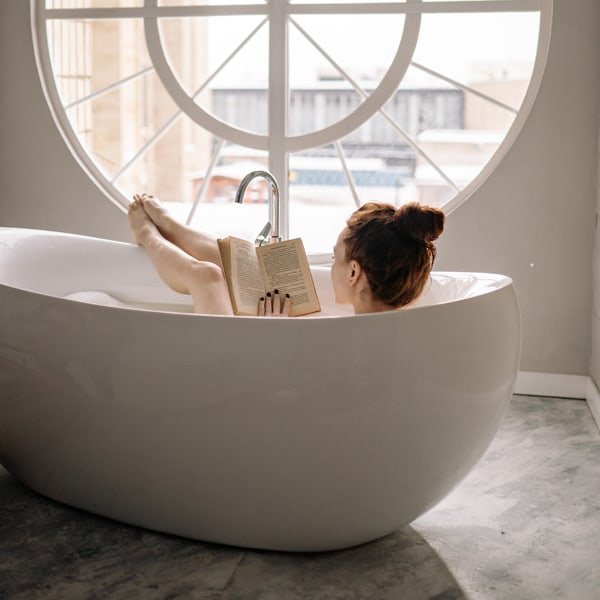 Bathing or taking a shower can be a relaxing way to end a tiring day but you can’t overdo it because the more you spend time in the water, the worse is the effect on your hair and skin.

Here are some ways to keep your skin healthy.

1. A good 3-5 minutes in the shower focusing on cleaning the most important parts of the body such as armpits, groin, and face is enough. You don’t need to scrub it hard unless dirt is clinging to your skin.

2. Temperature of water matters in keeping your skin healthy because hot water can dry the skin. Try to keep the temperature closer to warm water than hot.

3. Shampooing your hair need not be done daily also. For most hair types, 2-3 a week will be sufficient but if you have oily scalp and oily hair you may need to shampoo daily.

4. Avoid soaps or body wash that have harsh ingredients instead choose the one that is gentle on your skin. Read the label and check for words like “hypoallergenic”, “for sensitive type” and “gentle cleanser”.

5. Don’t rub the skin with a towel. Gently pat the skin to retain moisture.

6. Apply a lotion or moisturizer after each bath or shower.

How Often Should Each Age Group Take a Bath? 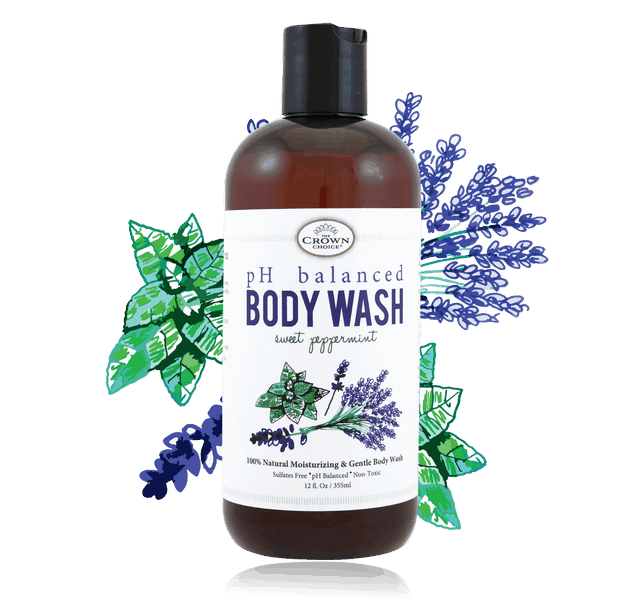 If taking a bath for your child is a struggle, you might be glad to know that taking a daily bath may not be necessary. How often your child needs to bathe depends on your child’s age and activities.

Furthermore, Dr. Dawn Davis of Mayo clinic recommends young infants and children between 6 to 12 to bathe approximately 2-3 days a week.

Dr. Davis also says that once they hit puberty they should shower or bathe every day or minimum of every other day. “There are caveats to this, at any time in life when you develop excessive sweat or become very dirty then you should bathe.”

Here are additional guidelines from the American Academy of Dermatology Association on how often your child should bathe and how to make it fun.

It depends on your lifestyle, skin type, and season. All this plays a part in how frequently you need to shower but also keep in mind that personal hygiene should be on top of your mind if you want to shower once a week. On days you don’t want to shower, give yourself a sponge bath.

2. How long can you go without a shower?

Again this will depend on your lifestyle. However, do note that bathing less will also have an effect on your health so don’t go too long without a shower.

For most people, two or three times a week is enough and better to maintain good health, and as long as your showering habits will not affect your healthy relationship with people in your family, co-workers, and in school.

5. How often should a teenager shower?

The Best Natural Body Wash For You 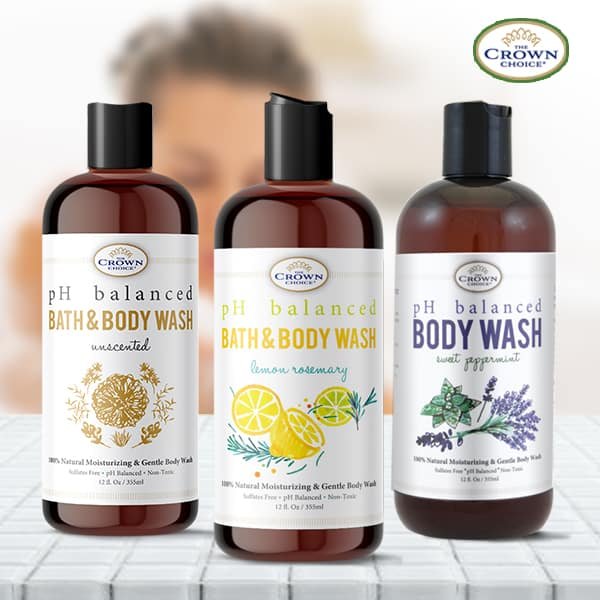 Even if you decide to shower less or shower often, you will need a gentle cleanser to protect your skin from damage and other skin conditions.

The Crown Choice Natural Body Wash is the top solution for sensitive and dry skin. It has a pH balance of 5.5 making it gentle for your skin.

Here’s what you will love about it:

Try it and see the wonders it can do for your skin.

Check it out here.